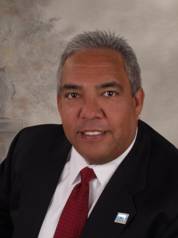 Mr. Walker has over 18 years in Indian Gaming and over 35 years in Trust Land Development and the Commercial Construction industry nationally and internationally.

Cecil has a strong civil engineering background and has held numerous leadership positions throughout his career at various large firms, including Union Pacific Railroad and the Kellogg Corporation.

Mr. Walker directed and managed the design and construction of a fast track Casino with over $90 million in construction costs, in less than 15 months.

Cecil was nominated for the Ernst & Young Entrepreneur of the Year for Central and North Florida in 1999 and 2001, National Indian Business Owner of the year 2001, and has received numerous building awards.

He sits on the boards of The National Conference for Community Justice and The State of Florida Minority Certification Task Force. Certifications held include Florida Class A General Contractor License, Certified Arbitrator with the American Arbitration Association, and he is an Aspen fellowship nominee.